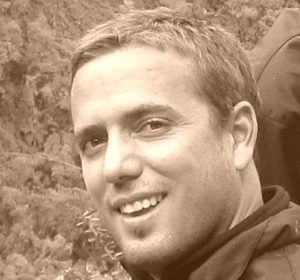 I obtained my degree in geography and am also an official tour guide of the Canary Islands with licence nº3766. I also hold a permit as a Teide National Park tour guide.

I have been working independently (freelance) in the profession since 2007, guiding tourists through all the islands in Spanish, English and Italian. I specialize in the more rural routes (green tourism), yet I do any type of route according to thed clients wishes. I have always been curious to know more and I have studied everything to do with the Canary Islands: its history, heritage, ethnography, folklore, music, cuisine, viticulture, geology, fauna and flora. I have also designed routes for both rural and urban municipalities of the island. l have also designed routes with actors dramatising the local ethnographic and cultural heritage.

I have worked with various foundations, active tourism companies and tour operators, mostly on the island of Tenerife. I have been a regular volunteer guide at the Museum of Nature and Man and have also collaborated with Segway Experience, Palmetum, Forestal Park, PIRS (Tenerife Landfill) and Parque del Drago in Icod (Ancient Dragon tree in Icod). In addition, I have been an environmental educator at Ataretaco Foundation, Canarias Recicle Foundation, Santa Cruz Sostenible and “Personas + Sostenibles” (People and Sustainable Practices) program of the Tenerife Island Government.

I have experience as a teacher in two workshops of rural guide-interpreters training the students so that in the future they can dedicate themselves to this profession (Employment Workshop in Candelaria for the Tenerife Island Government and a Workshop School in the City of Santa Ursula).

Outside the Canary Islands I have worked as a Tour-Leader in Italy, the United Kingdom, in the South Island of New Zealand and some South American countries including Peru and Paraguay.

I also spent part of my career in engineering offices in Madrid developing digital mapping related to the auscultation of roads and topographic surveys; and environmental work as a technician on site in the construction of the Insular Ring Motorway in the south of Tenerife (section Adeje-Santiago del Teide).

* Geography Degree from the University of La Laguna

* Certificate of Professional Standards in Interpretation and Environmental Education

FIND US ON TRIP ADVISOR

CHECK OUT OUR TRAILS ON WIKILOC

We use ours and third-party cookies to improve your experience and our services. If you continue browsing you agree with their use.Accept More information